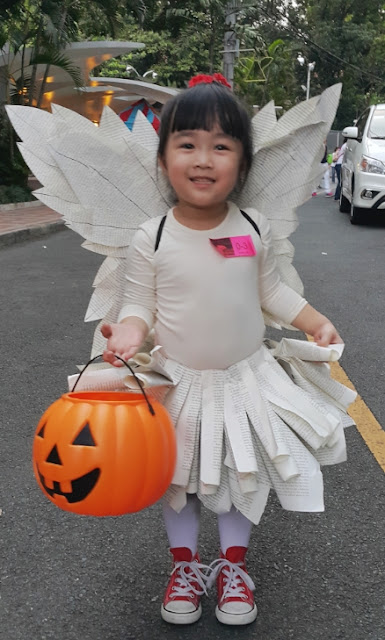 For last year's Halloween event in our village River went as Supergirl. We just used her Superman swimwear and i made a red tutu for her. Super easy. This year, i wanted to still make a tutu for her but it has to match her brother's costume. Since he is going as a bookworm, i decided to make her into a book fairy.

PAPER WINGS
Again i started with the book. This time I'm just using the hard outer cover. It was too big for River so i made it smaller. 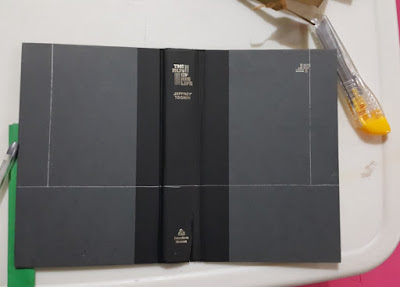 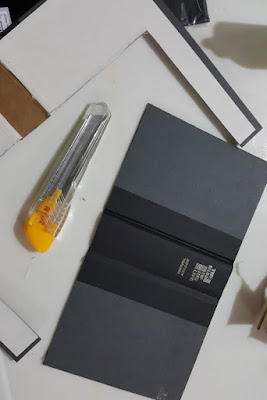 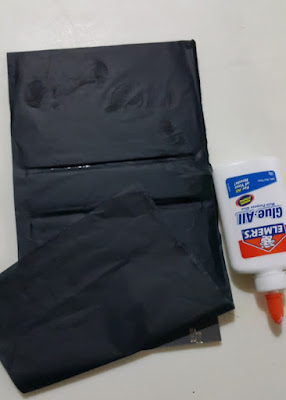 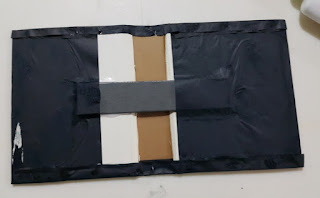 I drew and cut leaf shapes out of an old paper bag. This will serve as the frame of the wings. 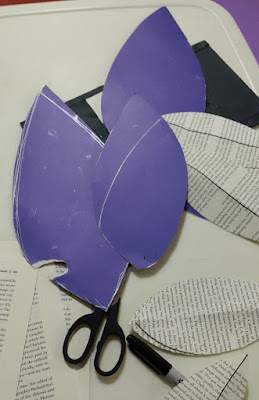 I made "feathers" from some of the remaining pages and  glued it to the wings. I did the same for all four. 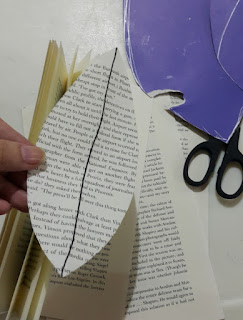 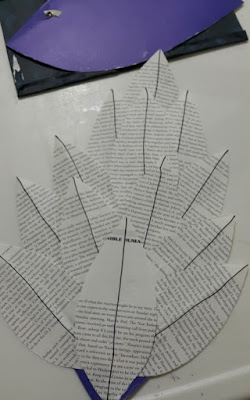 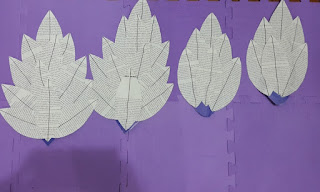 I then  glued the wings to the book. I added another cardboard to make the wings even sturdier and let it dry overnight. To make sure they're really attached, i weighed it down by using our giant bottle of mouthwash. 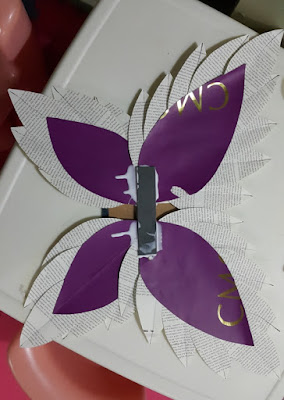 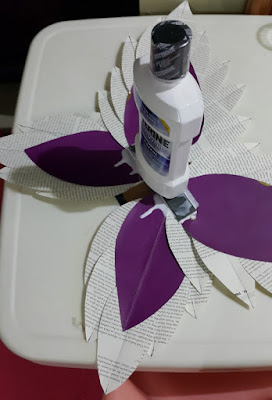 The next day or when it is dry, loop garter around the horizontal board. 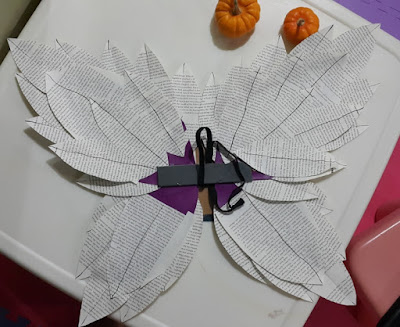 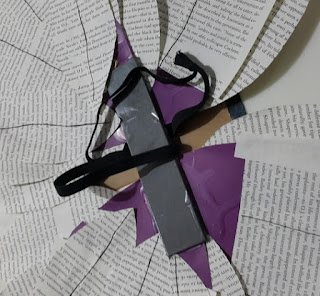 Add a few finishing touches and the wings are done. 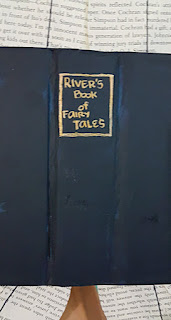 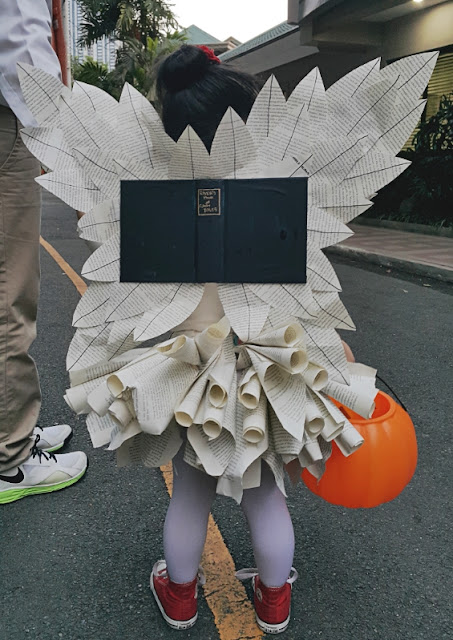 PAPER TUTU
It was fairly easy. I started with a book that i got for Php10, a stapler, some leftover pieces of garter and a scissor. 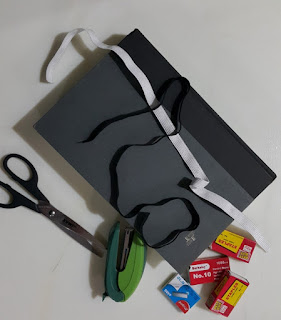 Tie the garter's ends together.. 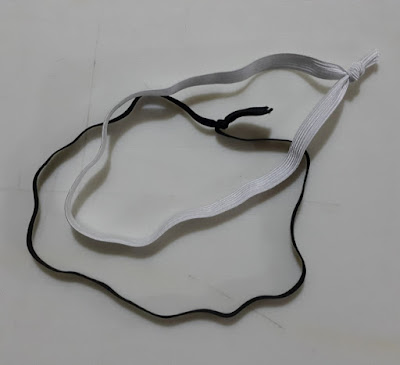 Then with a cutter, remove off pages from the book. 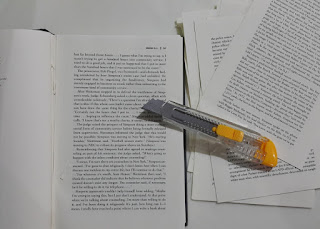 Roll into little tubes and flatten one end.. 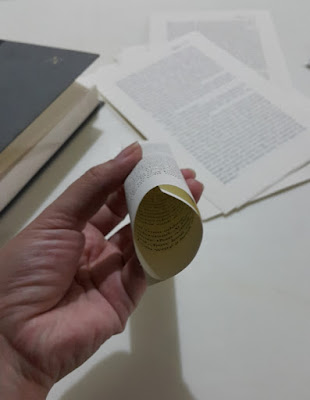 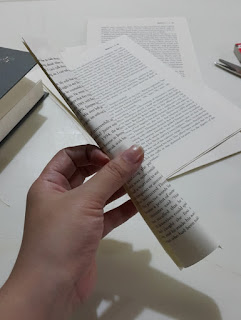 Staple the tubes on to the garter.. 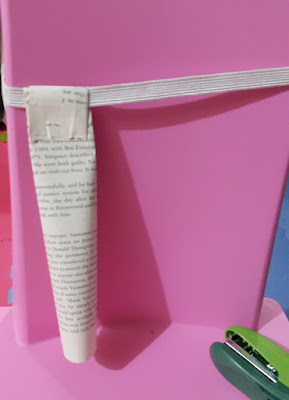 Continue until you've gone all around the garter. 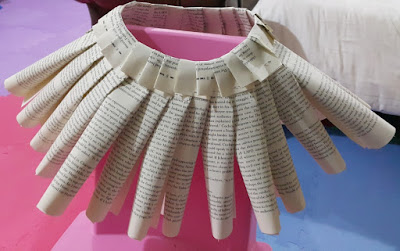 River declared that one layer is not "flouncy" enough so i added another layer. But this time i rolled the paper into cone shapes. 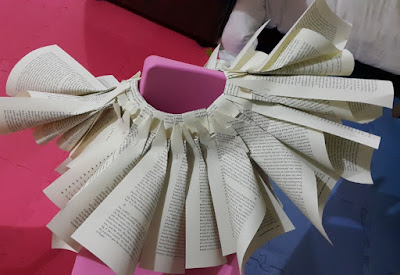 Flip over and you have yourself a paper tutu. 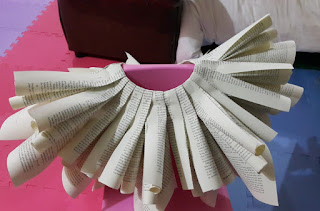 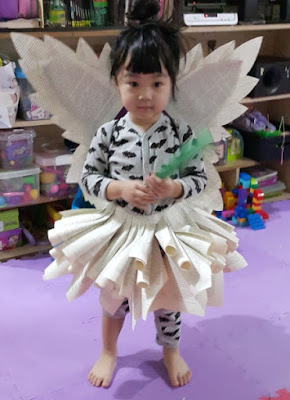 
I didnt have a long stick so i taped together two pieces of chopsticks then wrapped it with  a ribbon. The wand itself was made by just folding pages of the book into an accordion, bending it in half and gluing it together to form a circle. 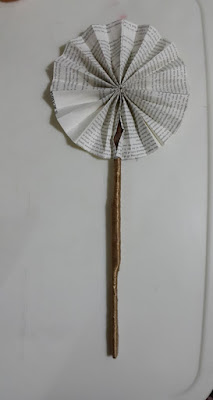 Then cut out circles from sticker paper, wrote Book Fairy. 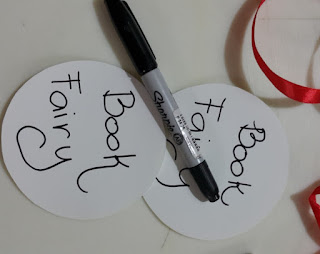 Added some red ribbons because my daughter wanted it. :) 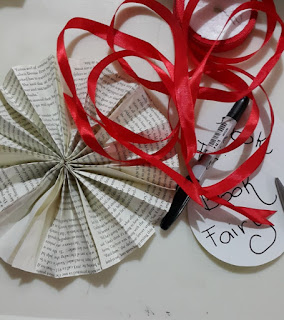 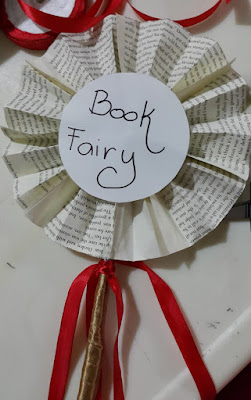