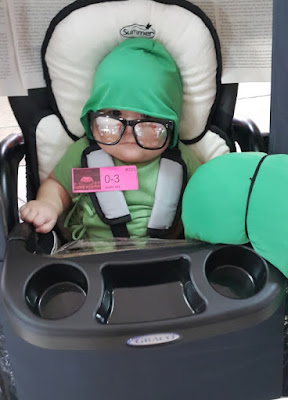 I had a tough time thinking of a costume for Hunter. Of course i wanted him to go Trick or Treating with us but the village is big and will require a lot of walking. I didn't want to carry him the whole time too. It dawned on me that i could just use his stroller as part of his costume. I figured Hunter would look cute as a bookworm so ill just turn the stroller into a book. :)

STROLLER DICTIONARY
Again, i wanted to work with what i already have. A giant box, a couple of black Japanese paper, some glue and masking tape. 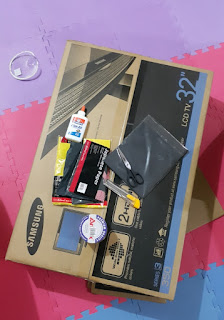 First i had to make these slits at the bottom of the box. it will help "anchor" the box to the stroller. 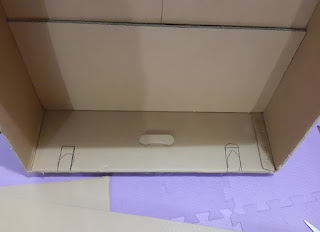 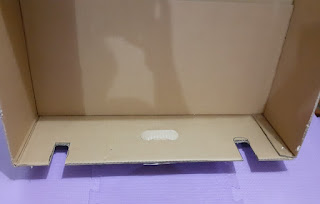 With a cutter, i removed all the extra flaps of the box except the one on top. I also cut out a "window" for Hunter. 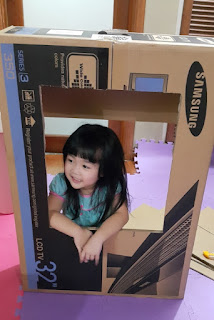 To make sure it fits, i tried it on the stroller. 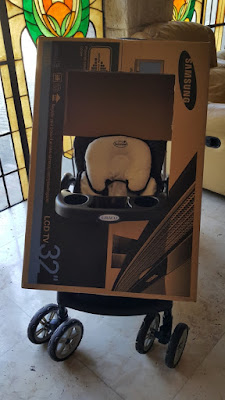 Then i covered the whole thing with black Japanese paper. Red would be so much nicer but black was what i had. Also, i discovered that i suck at taping things. 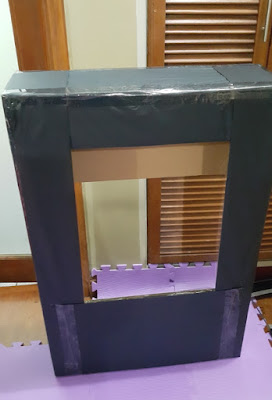 I added the word Dictionary in front, taped white paper on the sides to make it look like pages and added a call number to the spine of the book. 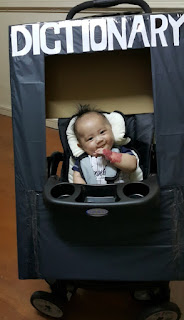 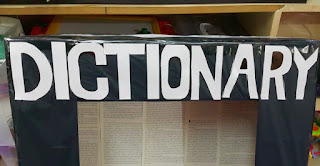 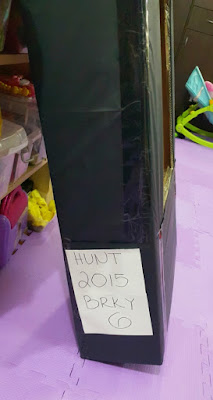 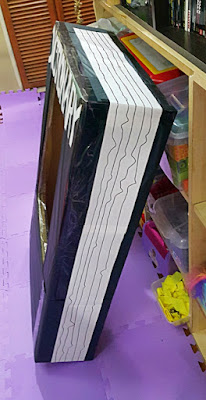 I also glued paper on the inside flap so that it would still look like a book. 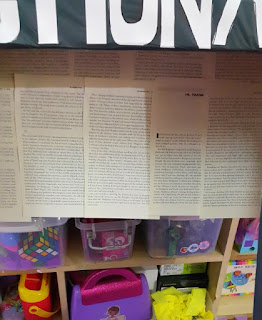 WORM COSTUME
This is where it got tricky.  At first i wanted to make him a white worm but then my husband kept insisting that a bookworm should be green. Oh well. so i got half a yard of green spandex and sewed the sides together to form a tube. 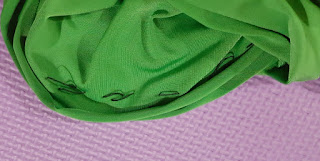 I then filled the inside part with rolled up towels and a bolster pillow. 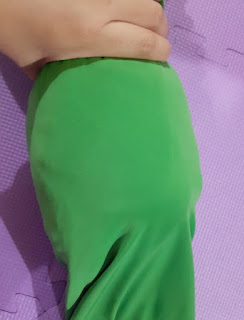 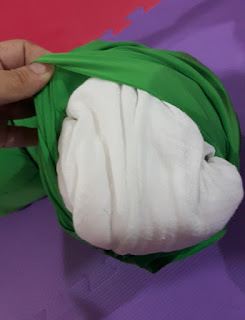 I used black yarn to form segments of the worm. i left the top open so i could slide Hunter inside. 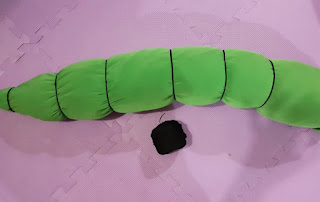 For the top part, i found an old green kimono suit of  Hunter's and sewed on some of the scrap spandex to form a makeshift hoodie. It's not the neatest stitching but you get the picture. 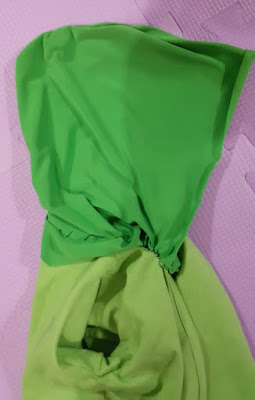 How cute does my bookworm look? :) 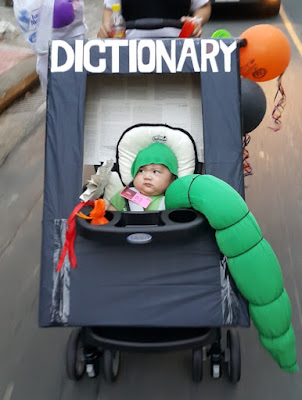